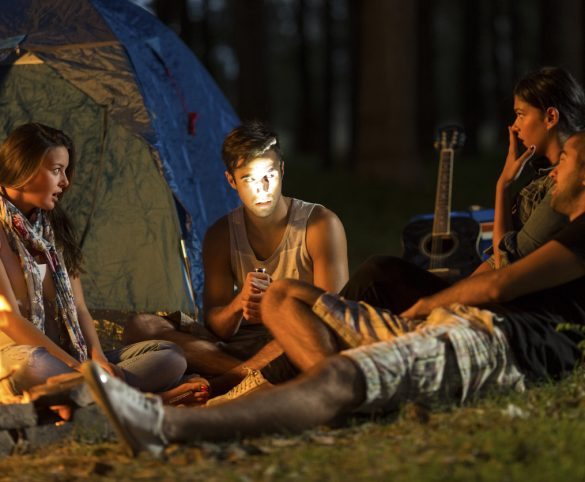 As we settle into the “spookiest” month of the year, what better time to share some horror stories of estate planning gone wrong? The popular perception of ghost hauntings is of those with unfinished business before their passing. However, with an unfinished estate plan, it’s not ghosts that will haunt your family, but legally and financially tumultuous scenarios. Allow Essig Law Office to share a few cautionary tales of estate planning mishaps so you know what to avoid yourself.

The Tale of Misvalued Assets

In initial estate planning, it’s crucial to ensure your assets are accounted for and anything of value is assessed correctly. Otherwise, you could end up paying for the difference between perceived and actual value! Take the case of Joe Meador and his family, for example.

Joe Meador was a lieutenant with the 87th Armored Field Artillery Battalion during World War II. In April of 1945, the final days of the war, Joe found himself with the interesting job of protecting priceless antiquities in the town of Quedlenburg. Under Lt. Meador’s command, the battalion took stock of the treasures and kept them safe until the Monument Men arrived. However, shortly after the Monument Men’s arrival and the battalion’s departure, eight artifacts went missing. Two pieces were a medieval illuminated manuscript and the Quedlenburg Gospels, books with jewel-encrusted covers.

While these missing antiquities were ruled a theft (the largest of the 20th Century), nothing came out of investigations into the stolen pieces. It wasn’t until Joe Meador’s passing in 1980 when these treasures came back to light. Although Joe’s estate did not include these artifacts, they were used as collateral for loans taken by Meador’s family. Eventually, word of the reemergence of the treasures reached the German government, and representatives of Quedlenburg met with the Meadors to discuss repurchasing the valuable objects. A final price of $3 million was agreed upon, and the artifacts were returned to their rightful owners.

However, while the Meadors made out of the deal $3 million richer, the IRS had other plans. In the haste to make a deal with Quedlenburg, the Meadors didn’t file an estate return with the IRS, and the estate they took through probate was below the estate tax limits. Moreover, while the artifacts were sold for $3 million, art experts valued the treasures as priceless. Or, in terms of valuation for the IRS, $200 million. So, to claim what they felt was owed, the IRS sent the Meadors an estate tax bill to the tune of $50 million, with penalties and interest. It ended up taking over ten years of litigation for the Meadors to settle with the IRS.

Moral of the story: Ensure you always file an estate return with the IRS and have your assets valued adequately by experts (especially if said assets are priceless artifacts!).

The Tale of Wrong Documents

A more recent estate planning mishap revolves around one of the great media legends of our time: Larry King.

Shortly after Mr. King’s passing, he was discovered to have authored a document as an amendment to a previously written will. This letter, written in 2019, was to replace his last established will in 2015 and instead divide his $2 million estate equally between his children Andy, Chaia, Lary Jr., Chance and Cannon. And while such an informal letter can count as a will in California, not much was made clear in the short letter King wrote, other than his preferred inheritors.

Larry King’s letter did not clarify who should administer his estate. As such, the responsibility fell upon his oldest living child, Larry Jr. However, having Larry Jr. be the King’s estate executor was a relatively cagey affair. Larry Jr. had previously borrowed over a quarter-million dollars against a portion of King’s estate while he was still living, creating a conflict of interest with King’s other children. Additionally, two of the children in the letter had passed away in the previous year, leaving a question about how their shares of the estate should be divided among the remaining parties.

And to add further confusion to the estate, Larry King’s “not quite ex-wife” claimed her own control over King’s estate. King’s divorce from his wife, Shawn King, was never finalized before his death. And in the previous 2015 will, Shawn was named the executor of King’s estate, giving her enough reason to challenge the administration of the estate. Now, Larry King’s estate is locked in litigation between Shawn King and Larry King Jr., with no end in sight.

Moral of the story: Always keep your will and other estate planning documents up to date. And if updating your will, be sure to have a professional law office like Essig Law handle the details.

The Tale of No Estate Plan

While there are plenty of mistakes that can be made with an estate plan, the biggest mistake of all is not having a plan in the first place! There are still folks who don’t have an established estate plan, either out of neglect or misunderstanding. And one of the most famous examples of someone passing without an estate plan concerned the King of Rock and Roll himself, Elvis Presley.

Truthfully, Elvis’s estate planning mistake wasn’t overly complicated. Instead, it was the fact that he didn’t establish a will or trust before his passing. As such, there was no legal designation as to how his assets were to be handled upon his death. So, the probate court took over. And when the probate process was all said and done, Elvis’s estate was reduced by over 70%! Not to mention, Mr. Presley left behind a cash-poor estate and plenty of debt his family now had to manage.

Today, Elvis’s property Graceland is a tourist attraction, and his legacy as the King of Rock and Roll lives on. However, the lack of an estate plan led to Mr. Presley’s family dealing with an incredible loss of fortune and legally dubious financial problems, which they are still contending with to this day!

Moral of the story: It doesn’t matter the amount of success you see in life; without an estate plan, your family can see a lifetime of savings disappear in an instant.

Estate planning is a significant matter every family and individual needs to consider. Otherwise, you could end up in some “nightmare” scenarios like the ones previously mentioned. And if needing a legal professional to assist with estate planning throughout Washington IL, Peoria IL, Eureka IL and the surrounding areas, look no further than Essig Law Office! You can contact us today at 309-444-8041 to schedule a free consultation.